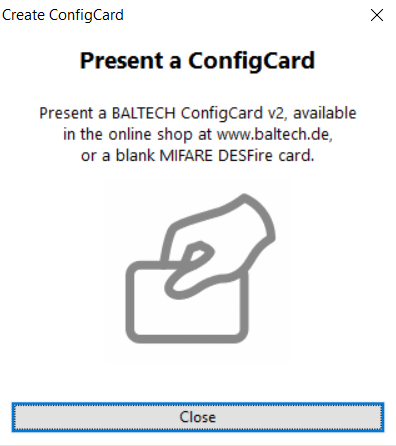 The configuration is being transferred to the card.

When you see the success message, you can take the card off the reader and use it to deploy the configuration to other readers. 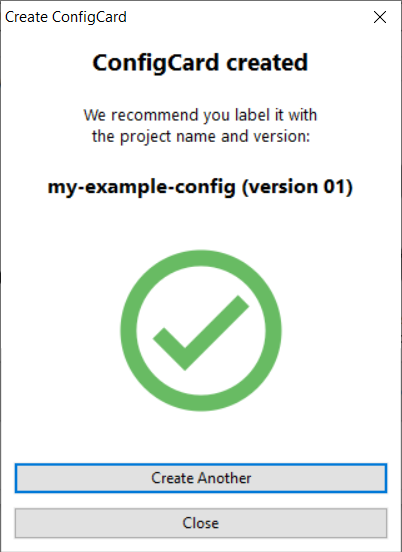