Before releasing, check the following settings in the Administrative Information component of your configuration:

The upper part of the window turns green. This indicates that this version can no longer be edited.
Use the exported file to deploy the configuration to your readers. 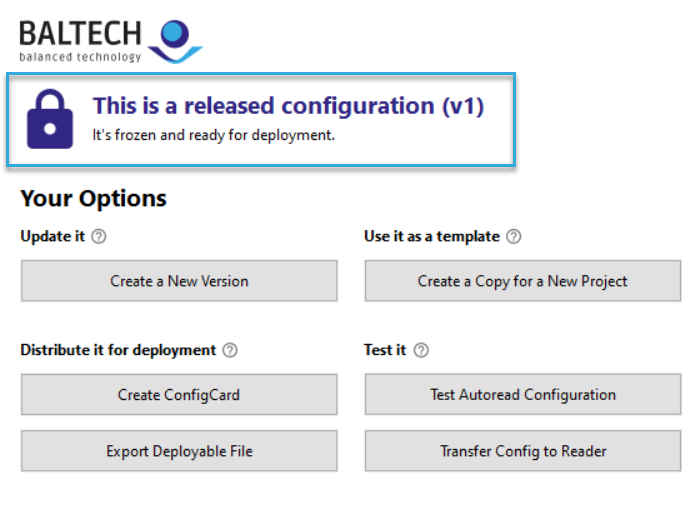 Will someone else keep working on the configuration?